In August last year I decided to conduct a little experiment. I took three copies of my memoir, The Buffalo Funeral, to Thailand and left them in three different tourist locations, with this note on the back. I called it 'The Buffalo Experiment'.

The goal? To make a stranger smile... to share my stories with travellers...to see whether my buffalos would manage to get themselves a free ticket to a new land in the backpack of an avid reader. I labelled the copies B1, B2 and B3. At Bangkok Airport, before boarding a flight to Koh Samui, I noticed a herd of water buffalo on the screen on the airport TV. I saw it as a sign.... 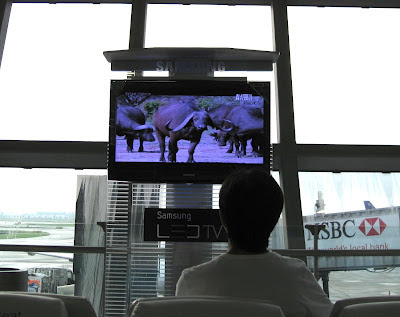 So I took one of my books (B2) and placed it in a magazine stand in the terminal before hopping on my flight. 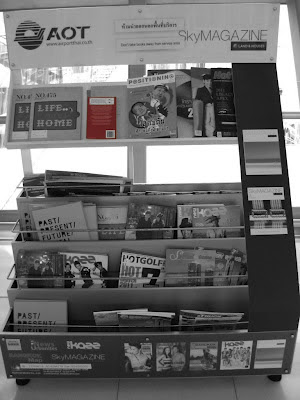 Weeks after leaving the three books behind, I wondered whose hands might be cradling them ... whether they were making someone happy ... or helping a backpacker pass the time as they waited for a flight.

Months after leaving the three books behind, I began imagining that they'd ended up in a rubbish bin - tossed by a Thai cleaning lady who couldn't understand the text on the back.

I concluded that the experiment hadn't quite gone to plan ... and I stopped thinking about B1, B2 and B3.

*         *         *
Much of my time, as an independent artist, feels like it's spent sowing seeds. Each time that I try a new way of getting my art 'out there' (whether it's entering an online song competition, posting a comment on a social networking site, or leaving a copy of my book at an airport in Thailand) I imagine myself sowing a seed.

Sometimes these seeds are like Alfalfa. You soak them overnight, give them some love and soon enough you have yourself a jar full of sprouts ... a nutritious feast within four days!

Sometimes these seeds never make it through the top layer of soil. You water and water them ... you stand aside to let the sun pour down ... but they die underground ... and you have nothing to show for them.

But sometimes these seeds have a way of popping up where you least expect them ... like Switzerland.

Dear Ange,
I found your book B2 at Bangkok Airport last August when we took the airplane to Koh Samui. Unfortunately I couldn't finish the book in Thailand. I took it home to Switzerland and now in my next holidays in Turkey I will finish the book. Your book is really very good. I like Thailand very much. It was my third trip to Bangkok and the Islands of Thailand. I'm very fascinated from your description of the area of Bangkok and the Thai culture. These are the same impressions I have from Thailand.
Best wishes Corinne

With my second album Arva now recorded, Corinne's email couldn't have come at a more perfect time ... I'm about to do some major seed-sowing. The next few months will be spent planning my album tour, rehearsing with musicians who will be part of my band, putting together arts funding applications, organising album artwork, getting the CD off to the printer, withdrawing thousands of dollars from my bank account, liaising with venue managers and publicists, and sending the album off to record labels in order to discuss distribution. It's enough to leave a girl feeling rather overwhelmed!

During a recent consultation with my kinesiologist, to address some of this mind-noise-trash, I was given this affirmation and told to say it out loud, each day:

"Even though I'm unsure how to expect success, I choose to be optimistic about my future"

My album-seeds, well, I like to think they are Perennials. I am uncertain whether they'll all burst through the earth at the same time. I have no clue if they'll be blue, red, pink or orange ... but I will keep saying my affirmation - and keep faith that when the Winter passes, and when the sun returns to warm the soil, my 'Arva' garden will bloom. 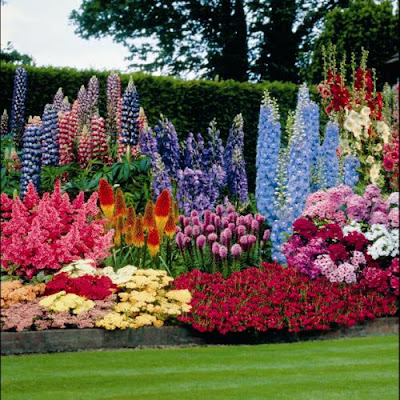