‘Stranger in a new land’ was the title of my first panel at the Sydney Jewish Writers’ Festival – and it’s exactly how I felt as I entered the Shalom Institute gates, past a row of security guards and into the belly of the building where academics and award-winning authors discussed Israeli politics and the ‘Jewish experience’.

I was a self-published, first-time author with no literary credits to my name who could only boast of visiting a synagogue once in her life.

I’d done my best to prepare for the event. I’d purchased a floral blouse. I don’t usually wear blouses but I thought it would make me look more like an ‘author’.


I’d also familiarised myself with some popular Yiddish words which meant I was able to smile, with pride, when one panelist said ‘chutzpah’ during his speech. Yay! I knew what it meant! I was part of the cool club!

I may not have been forced to flee my homeland, like the Jews of Europe, but I did opt to leave my country of origin at the age of 22 and move to Thailand … hence why I had been chosen to participate in the ‘Stranger in a new land’ panel at the festival.

When I arrived in Bangkok, I didn’t know a single person, didn’t speak the language and had no idea that if I rubbed the head of a monk I would most likely be expelled from the country. (For the record, I have never touched a monk’s noggin, although once I heard about this Thai Buddhist taboo, I often fantasised about doing so … not only because it would be highly daring, but also because some monks are totally hot).

Like many expats I began my time in Thailand with a strong desire to assimilate into the culture. I tried to dress like the locals – talk like the locals. I took my shoes off at the front door. I paid my respect to the King. And a year into my time in Asia, I had convinced myself that I was, indeed, a local. I still remember the moment this notion of self was shattered. It was on a sweltering Bangkok day, about a year into my new life, and I was walking down a busy street with my Thai friend, Peung.

I said to her: “If you were standing behind me right now and didn’t know me, I reckon you’d think I was Thai. I could totally be Thai from behind, don’t you think?”

To which she laughed hysterically and replied: “Oi, Khun Ange, too funnnny! You are farang! You always will be farang – even when you wear fisherman pants and say ‘Sawadii Kha’ … still be farang!”

My second session at the Sydney Jewish Writers’ Festival was about travel writing. I was on the panel with an author who was in his 60s, who had written a book about his pilgrimage across Spain. As a well-educated gentleman, he used big words when he spoke – some of which I did not understand.

The session started well. I sat in my pretty blouse. I told my stories. The audience laughed. I felt their love. Then the moderator of the panel asked the gentleman author who his literary heroes were in terms of travel writing. The gentleman mentioned a bunch of authors I’d never heard of. The audience nodded and smiled and proclaimed words of acceptance like “Yes, I love that author too!” and “Oh yes, yes, he’s such a good writer!”

The host then turned to me: “And how about you, Ange?”

“Um, when it comes to travel writing I’d have to say that I really liked Elizabeth Gilbert’s – Eat, Pray…”

Before I could add the “Love”, a wave of disgust swept across the audience so violently that one woman in the front row looked as if she was going to vomit on me. The woman sitting next to her shouted “Oh my god, no! Not Elizabeth Gilbert!” The man in the row behind her threw both his arms up in the air. And the woman sitting next to him just buried her face in her hands.

I’d apparently broken the first commandment of the literary festival Torah: "Thou shalt not admit to enjoying the works of 'lowbrow' authors".

In other words - I’d rubbed the head of a Buddhist monk. 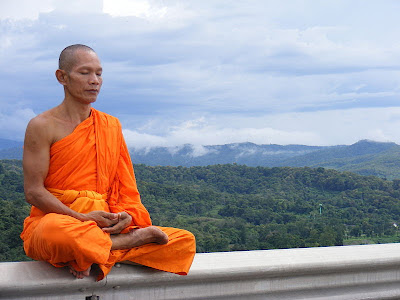 I met a lot of expats in Bangkok who were bitter about life in Thailand. Their complaint was that they’d lived in the country for a decent amount of time, learnt the language, adopted the culture … but were still considered an outsider … and this upset them.

But I wonder if the pain we experience as ‘outsiders’ is caused by the people who exclude us from their club / culture / click – or whether it’s caused by our inability to accept that it’s okay not to be accepted?

And what would happen if we not only accepted our outsider status, but actually embraced it?

I think there’s a beauty that exists on the periphery. There’s a lightness of being that can be felt when one is able to skate across the surface, rather than trudge through the centre. There are things that can be observed from the outside, looking through a window, that those living inside will never see. 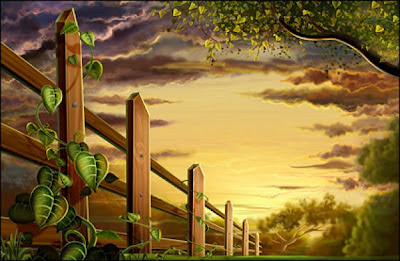 Unlike my expat acquaintances, I managed to make peace with being a farang in Thailand. I learnt to enjoy the feeling of floating above life. Being an outsider allowed me to witness beautiful moments that would have gone unnoticed had I been buried in conversation. I developed the ability to ‘feel’ my way through the world – to figure out what was going on between people without needing to comprehend their language. I learnt more about human beings in my two years of existing on the edge of Thai culture, than I ever learnt within the heart of my own.

At the same time, my isolation from Australian society freed me from the expectations of my family and friends. I was able to live without the noise of my peers telling me what to think, say and do. And in that silence … I was able to discover my true self.

I’ve never had much of a talent for ‘fitting in’.

I’m a musician who doesn’t drink alcohol and prefers to go to bed early and wake with the sun.

I’m a journalist who gets emotionally involved in almost every story she writes and has a tendency towards tears.

I’m a traveller who has never felt at home in any one place – not even the town of her birth.

I’m a Jew who knows little about the Holocaust and has no opinion about the Palestinian ‘situation’.

And I’m an author who hasn’t read Tolstoy, Hemingway or Twain (I actually had to Google ‘famous authors’ in order to complete this sentence) but who has a fondness for Elizabeth Gilbert’s ‘Eat, Pray, Love’.

Strangely enough, the longer I dwell on the outside … the stronger I feel on the inside … the firmer my feet feel on the ground … the greater my understanding of life has become.

A poet once wrote: ‘No man is an island’ – but sooner or later we’ll all experience the feeling of being banished from the mainland. All we can hope is that the version of ourselves that ends up sitting under a palm tree on a patch of sand in the middle of the ocean, is a person we’re happy to pass the time with. 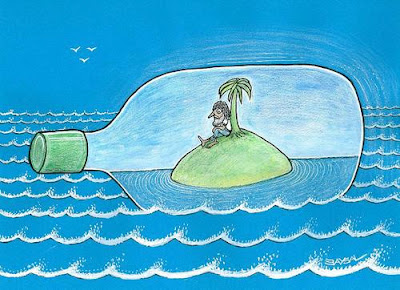