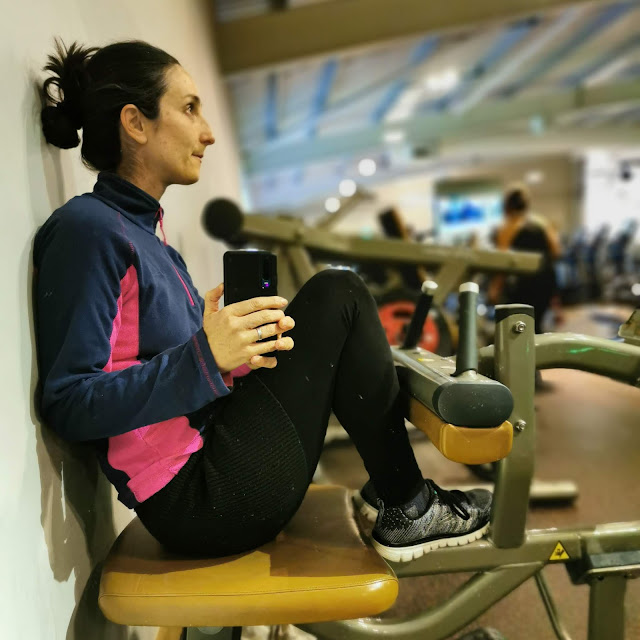 Mother to young daughter in toilet cubicle: “Make sure you go to the loo before we get into the pool darling”


Daughter to mother: “Okay, but Daddy sometimes lets me go to the toilet in the swimming pool”

I heard this delightful conversation at my gym. Yes, that’s right, I have a gym. I have somehow managed to resist the urge to give an organisation a huge amount of money so that I can exercise in their indoor space but the weather here in England has given me reason to believe that it is a worthwhile investment.

Keen to start getting my money’s worth from my membership, I have spent the past two weeks immersing myself in this strange sub-culture – wondering whether I’ll ever be ballsy enough to bend over with my vadge out like all the other women in the locker-room. I’ve never seen so many vadges in my life. Women standing around, talking in front of each other’s vadges. Ladies leaning over to pick up their backpack from the floor with no attempt to protect the person standing behind them from a full display of back-vadge. I consulted my friend in Oz, wondering whether Australian gym change rooms are as full of bush as British ones and apparently not. I don’t know what to think but all I wonder is how I’ll feel if the girl that I’ve befriended in my Zumba class comes up to me with her vadge out for a chat after class.

Zumba. I’m not sure what I expected but maybe something Latin and fun, run by someone with some sense of rhythm. Sarah delivered none of these things. She moved out of time to the music, shouting and singing along in Spanish down her headband microphone. I found her lack of coordination so distracting that after twenty minutes I attempted the class without looking at her. Given I’d never done Zumba before and had no clue about any of the steps, this led to me looking like a god damn fool as I did my own interpretive-dance version to the music.

My next session was with Deb, the personal trainer (known as PT if you’re a cool gym person like me). As a new member, I was given a ‘free’ one-on-one with a PT when I joined and the goal of this session was to aquatint me with all the equipment and gain Deb’s advice on the types of exercise I should be doing.

I told Deb that one of the reasons I joined the gym was because my husband is keen to take me skiing for the first time and I figured it was a good idea to try and build up the muscles in my legs to avoid a situation where I ended up crying after a total of five minutes of squatting with my skis on because I couldn’t handle the lactic acid (confession – as someone who has never skied or even been in the snow before – I actually have no clue whether I’ll be required to squat).

“Um, skiing, well, I actually don’t know much about that but I guess you should just do the lateral machine a lot,” Deb said as she swung around in her blue hoodie which was emblazoned with the words PERSONAL TRAINER and walked me towards a machine.

She showed me how to set the diameter so that it was ‘wide’ and how to move the pedal things and how to press the green ‘on’ button and then left me to it.

Walking. It’s such a nice way to exercise, isn’t it? I’ve never been half way through a walk and felt like I was going to pass out. Or fifteen minutes into a hike and thought, how much longer is there to go? Yet at the gym I’m constantly looking at the clock – wondering why the pose that I’m holding in my Body Balance class is taking so frigging long and whether the teacher will give us an early mark. I went to my second Zumba class this week and said an internal ‘YES!’ to myself as I looked up at the clock because there was only 10 minutes to go and then realised the opposite was true – I had only done 10 minutes of the class (clock reading, along with lat-training, clearly not a strong point) and the dread set in.

But here’s the thing – I’m not even doing the hardcore classes. My husband did a class last week that involved him doing sit ups repetitively whilst throwing a however-many-kilogram ball into a mini-trampoline and catching it on the way down, or up. Whatever way, it sounded horrific. I walked past other classes, possibly BodyPump, where people with red faces, dripping with sweat, looked like they were literally about to die of heart attacks. And they are paying to be there.

Then there are the men who don’t work up a sweat at all. You know the ones. Those men who are paying to be there but also to be seen there – and to see themselves (mostly in mirrors) there. I had to stop myself from laughing at one dude who was wearing a tank top and sweatband (are they cool now?) who walked slowly past me looking down at his chest, surveying its width, before sitting on a bench near some weights and slowly moving his head to look down at his arms – left to right, right to left. He then got up and walked away, without touching any of the weights. What’s with these mirror-gazers? Do they work out super early in the morning before anyone arrives and then use the rest of the day, once showered, to just parade around?

Despite the culture shock and moral distain for gymnasiums, I plan on keeping up my attendance because I turned 42 yesterday and I know this body needs more than walks in the countryside to keep it fit and functioning. I also want to keep going because when Deb took me over to the fancy-pants high-tech machine that weighs and scans your fat, the screen told me that I had the body of a 26-year-old, and that is definitely worth paying money for.