It's water fight time in Laos which means that leaving one's house is an open invitation to get drenched by any means...buckets, hoses, water pistols. It's not unusual for the water to have dye in it or other unsavoury things. For this reason I will be placing my valuables in an attractive plastic pouch.

My first experience of Pi Mai took place in the alleyway near my home yesterday. It involved an eight year old boy with a water gun bigger than him, pointed in my direction. He tilted his head timidly to the side and lifted his shoulders as if to say "Would it be okay for me to water you?". I replied in Lao, just as timidly, "Noi neung", which means "a little". I had zero confidence that he'd honour my request given that I'd spent the afternoon watching people getting saturated by strangers. But, to my surprise, he put down his gun, walked over to his big bucket of water, filled a cup and walked towards me. I put my hands out and he gently poured the cup over them, allowing me to cool my forehead from the 40 degree heat. I have a feeling that the other Lao New Year revellers I encounter over the next week will not be as sweet and courteous. 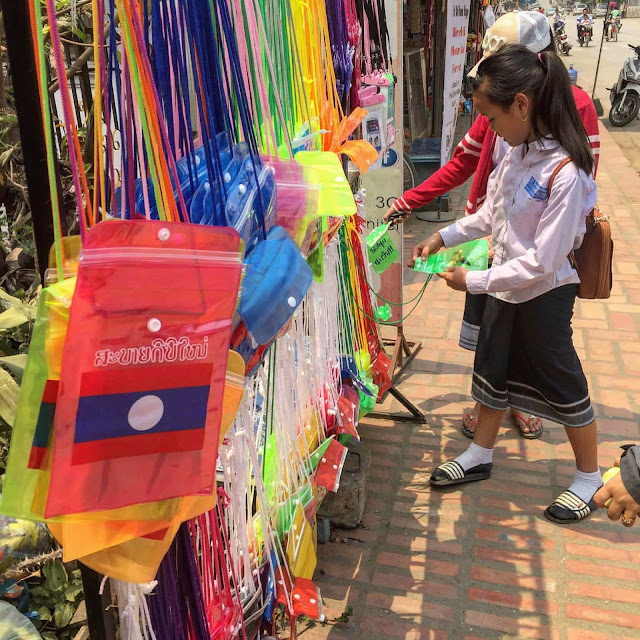 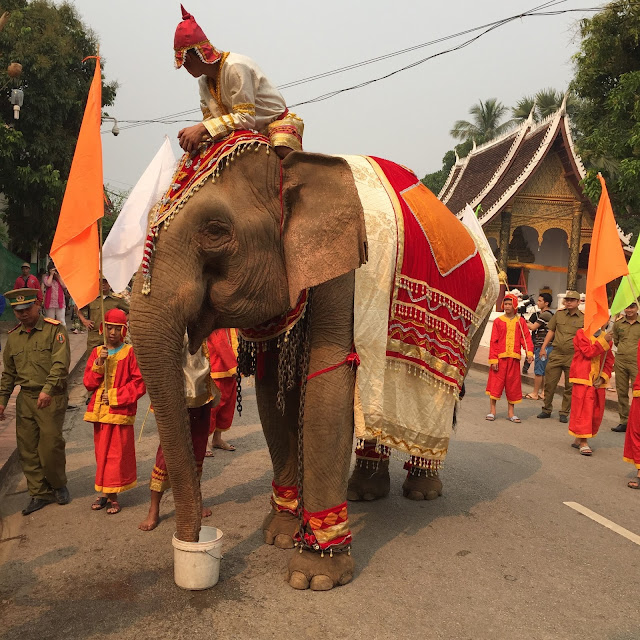 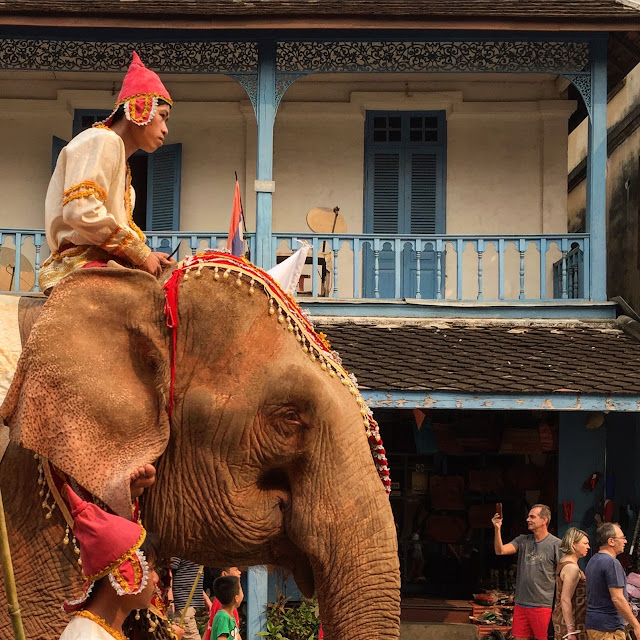 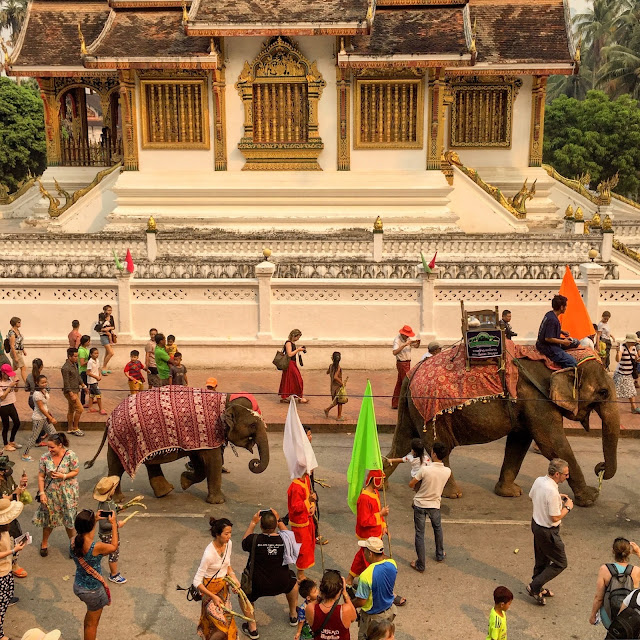 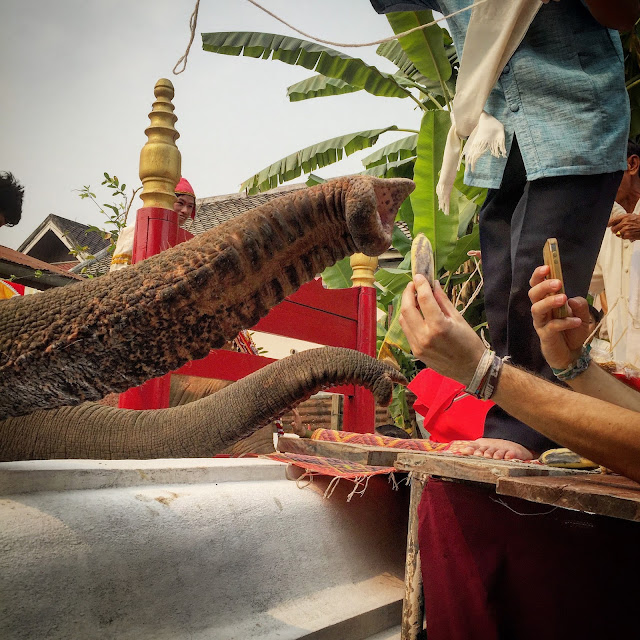 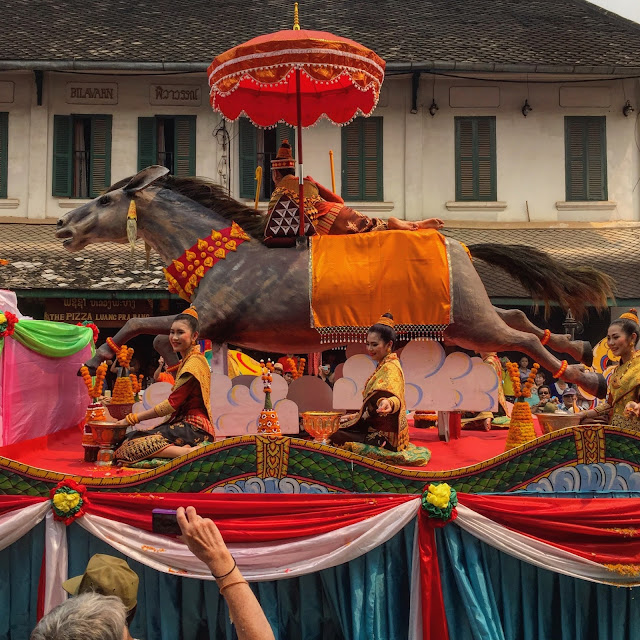