Each year in the dry season during the month of May the men in the villages of Muang Nan gather to make rockets for the annual Bun Bang Fai festival. The aim - to create a rocket that goes the highest, bangs the loudest, creates the biggest cloud of smoke. To the beat of the temple drum, trucks drove to the launch site - each carrying a rocket or two, often adorned with red and yellow flowers. The rockets are made from long pieces of bamboo (some up to nine metres in length) and blue PVC piping that has been pounded full of black powder. These homemade rockets are then hoisted up some bamboo scaffolding and, without a countdown or warning, launched into the sky.

There are a few myths surrounding this awe-inspiring/pants-shitting festival. Some say the rockets shoot holes in the clouds to release rain. Some say they are to wake up the Rain God. There's also a connection to fertility, with many festival-goers running around holding penis sculptures...to impregnate the land perhaps? Whatever the case, it's truly the most thrilling festival I've ever witnessed. 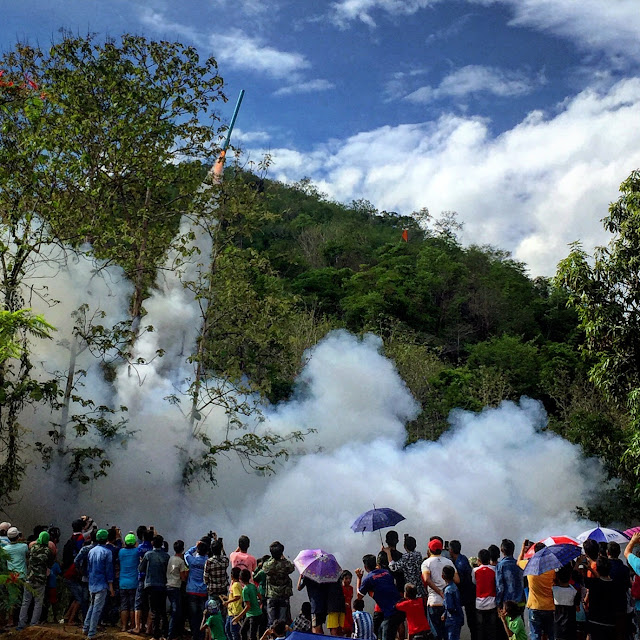 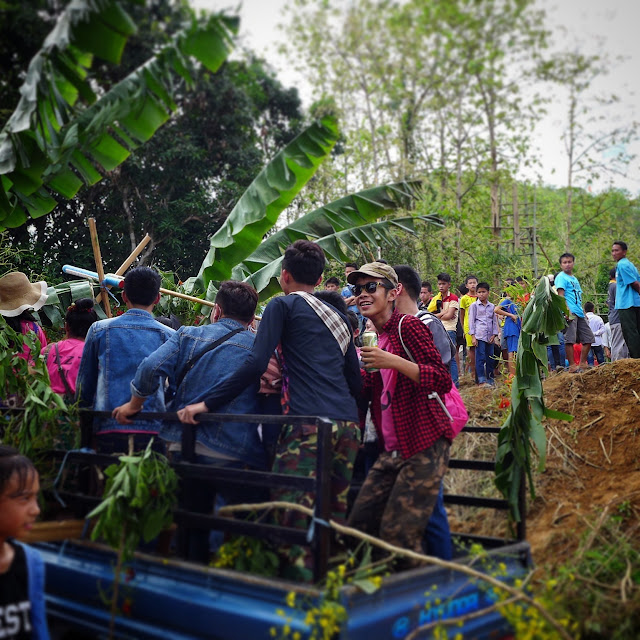 "Tonight we just make small rocket party in temple. Tomorrow we put big rockets to the sky"....the words of the local tourism official when I asked him about his village's festival schedule. The 'small rocket party' involved young boys carrying ornate offerings through the temple courtyard. At the centre of these offerings - a large bamboo bong stuffed with black pounded powder that, once lit, shoots a pillar of fire into the night sky...

A few metres from the pillars of fire, two monks sat with their fortune telling bamboo sticks. Locals lined up to put a few thousand kip in the bowl and pick a stick. On the stick - a number correlating with a piece of paper which was then handed to them by one of the monks. I got 21. In the words of my workmate who so kindly translated my little scrap of paper: "This one meaning is that the people who hate you now love you and also you will have a son or a daughter”. 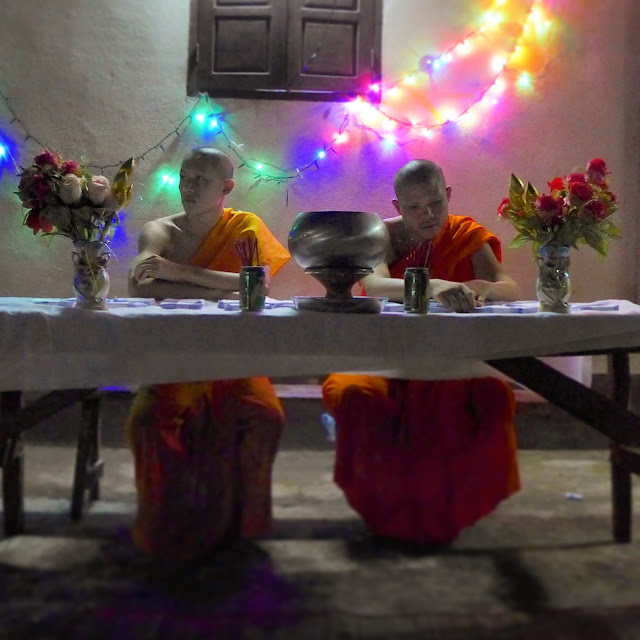