A Foxtrot lesson by the lavatory...my flight home 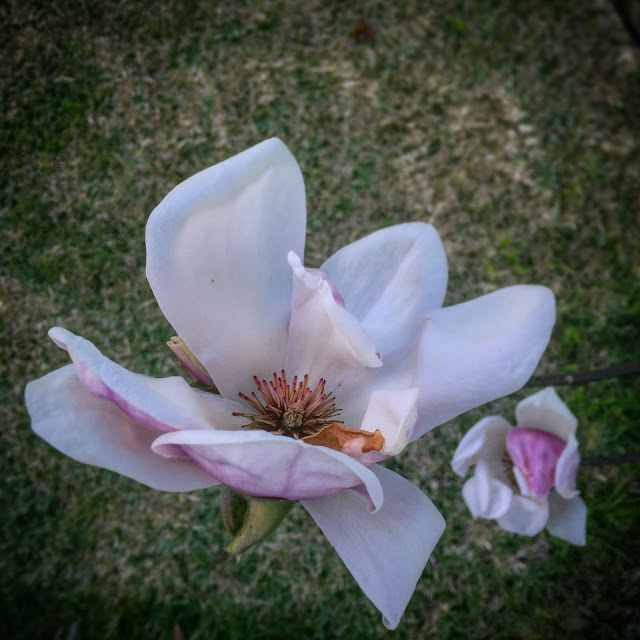 A break to stretch my legs on the flight back to Laos turned into an introductory lesson to the Foxtrot next to the lavatory with 86-year-old Tom who confessed that in the mornings, while making porridge, he likes to shimmy his hips in time to his favourite songs.


"My wife died 10 months ago. We were married 64 years and I miss her terribly - but in life, we have choices - and I decided, six months after she passed away, that I didn't want to become one of those miserably oldbuggers who sits around waiting to die. No, not me. I decided I was going to be 'the happy man'. So now I start my day by dancing around the kitchen. And I go to the RSL club where people my age are sitting around sad and lonely...and I make them smile. And if they are really down in the dumps, I'll Cha Cha for them. Life should be a dance, dear...a joyful dance," he said as he shuffled his feet rhythmically in front of me.

Tom met Vida in England when they were in their early twenties. They both had a passion for ballroom dancing. The became partners on the dance floor, and in life - waltzing through six decades of marriage together until last year when, on a cruise from Australia to Noumea, Vida got out of bed in the middle of the night and somehow tripped - slamming her head onto the side table.

"That blow to the head - it killed her - but not instantly. She held on for eight days. It was a horrible way for her to die. But I'll tell you something, on the day I met Vida I thought to myself 'Now that's the most beautiful woman I've ever seen' and that beauty remained until she took her last breath".
Labels: Australia ballroom dancing Bangkok Conversations with strangers dance flight Love Love Story Travel Travel Blog
Location: Bangkok, Thailand