"Do you ever feel lonely?" the novice monk asked me as the sun sank around us, "because I live with many monks here at the temple but I feel lonely. I miss my parents. They live so far away. I think, if you live alone, you also must be missing your family. I think you feel lonely, same as me. Sometimes I want to leave the temple and go back to my village but my family is too poor to take care of me."

Vithone is 18 years old. His parents are rice farmers in a small rural village six hours from Luang Prabang. They have five other children. They brought him to the city when he was 12 years old so that he could get an education and left him there. Three years later his father visited him. He hasn't seen his mother for six years. His days begin at 3.30am when he wakes and heads to the temple hall to pray. He then walks the streets in his orange robes, collecting alms in his bowl.

"Mostly I get food but sometimes people give me money. I save it because I want to go to university and my parents can not afford to send me. I don't know if I will ever have enough money to be able to further my studies. Maybe one day someone will be very generous to me - then I will be able to go to university."

Before we met, I had been painting shadow-graffiti on the wall of his temple whilst listening to Bon Iver. 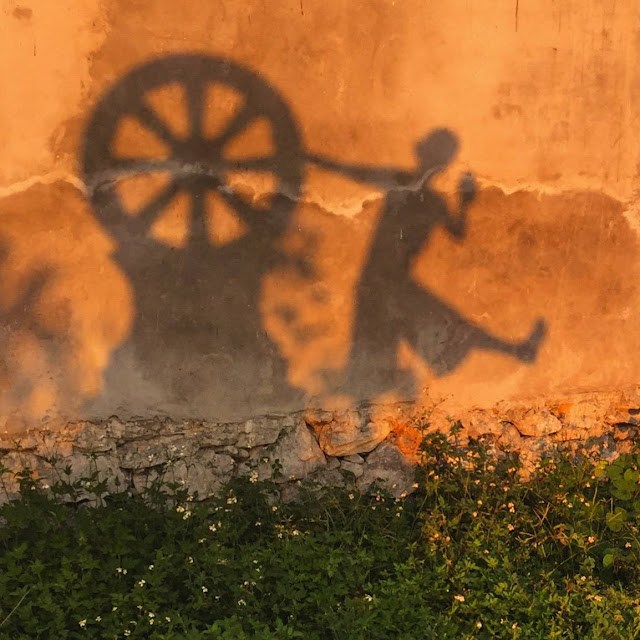